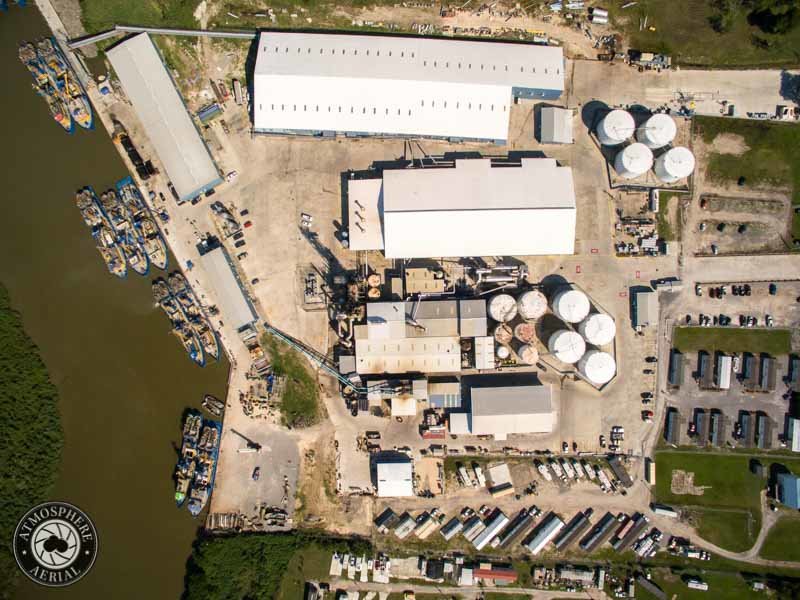 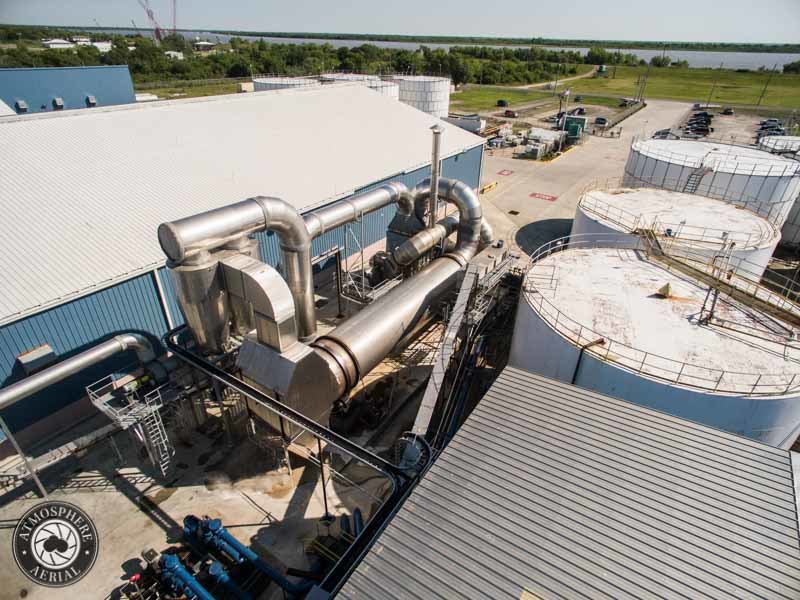 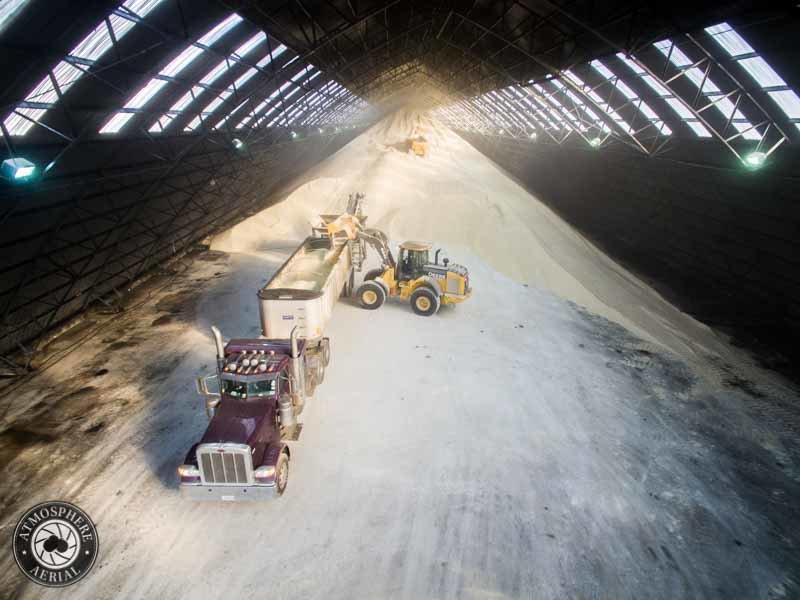 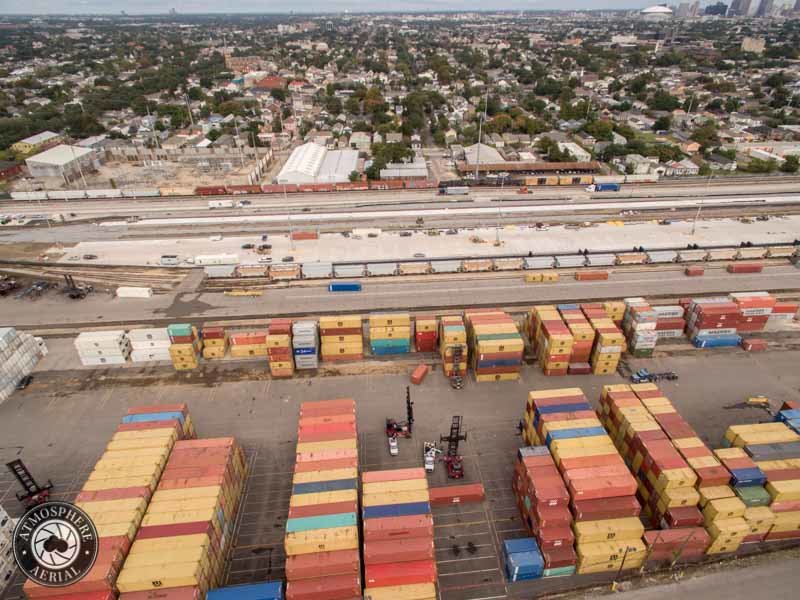 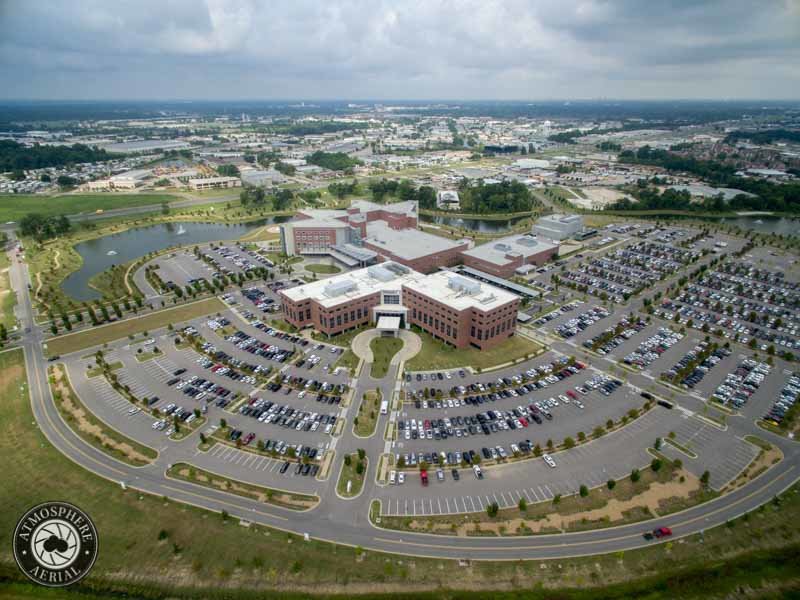 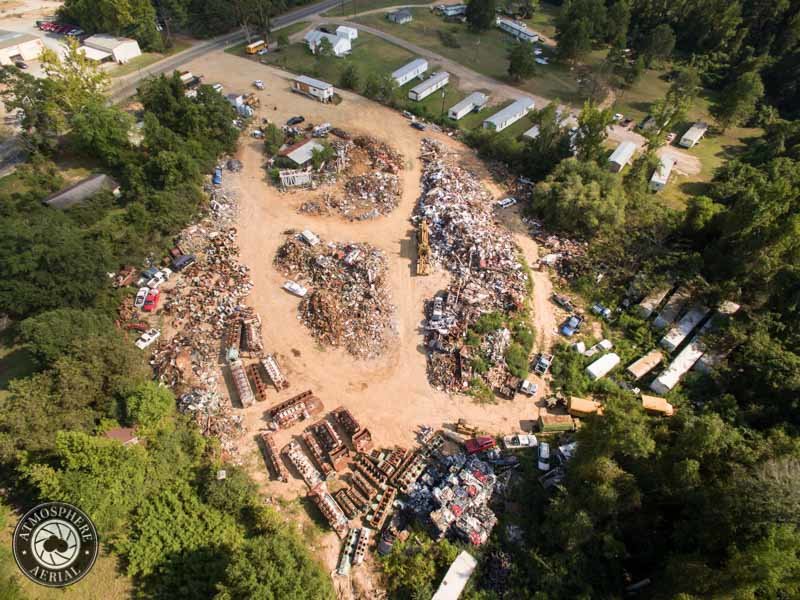 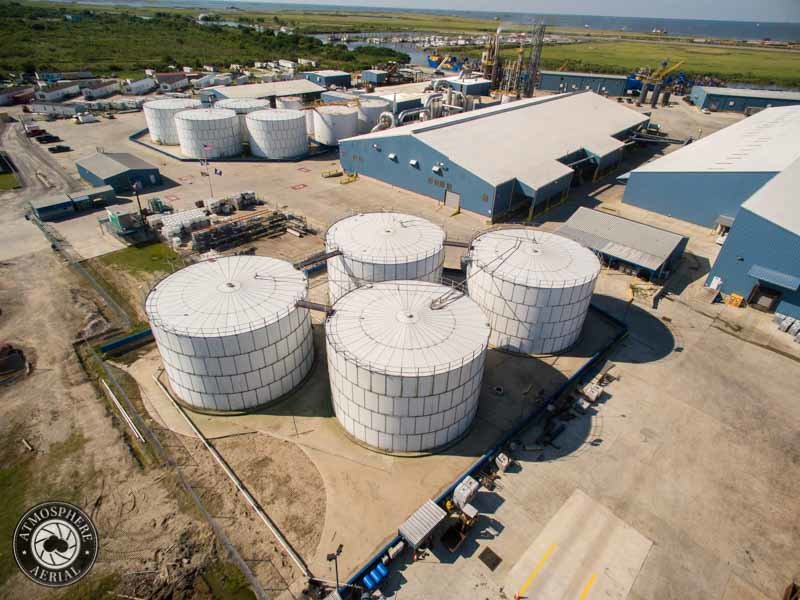 Inspect high voltage power lines, power poles or windmills, look for tiny cracks in bridges or detect hot spots in solar power plants. Our drones will saves you time and money and enhances the safety for your crew.

Our drones are indispensable assistant in many mapping tasks. With our state-of-the-art UAV technology, geodata for orthophotos or terrain models can be acquired in no time.

Drones offer video camera operators and photographers a wide range of new possibilities. Thanks to a unique camera mount, we can get exactly the perspective and image quality you desire. 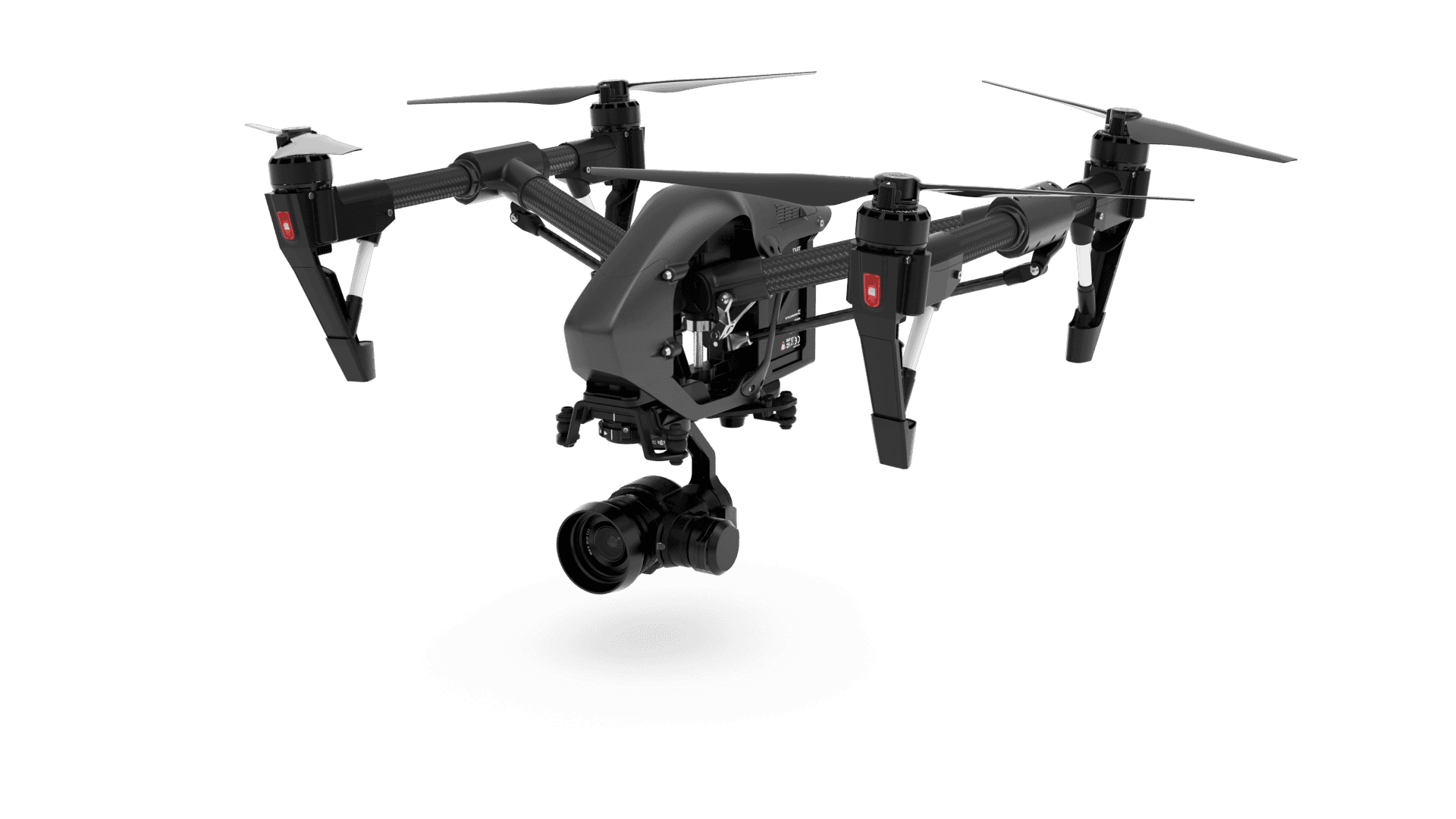 “Dow Chemical hopes drones could eventually provide crucial safety services at its plants and take employees out of harm’s way.”

US government agencies use UAVs such as the RQ-9 Reaper to patrol borders, scout property and locate fugitives.[121] One of the first authorized for domestic use was the ShadowHawk in Montgomery County, Texas SWAT and emergency management offices.[122]

Private citizens and media organizations use UAVs for surveillance, recreation, news-gathering, or personal land assessment.[123] In February 2012, an animal rights group used a MikroKopter hexacopter to film hunters shooting pigeons in South Carolina. The hunters then shot the UAV down.[124] In 2014, a drone was used to successfully locate a man with dementia, who was missing for 3 days.[125]

Hobby and recreational use

Model aircraft (small UAS) have been flown by hobbyists since the earliest days of manned flight. In the United States, hobby and recreational use of such sUAS is permitted (a) strictly for hobby or recreational use; (b) when operated in accordance with a community-based set of safety guidelines and nationwide community-based organizations; (c) when limited to not more than 55 pounds (with exceptions); (d)without interfering with and giving way to any manned aircraft; and (e) within 5 miles of an airport only after notifying air traffic control.[126] The Academy of Model Aeronautics is a community based organization that maintains operational safety guidelines[127] with a long proven history of effectiveness and safety.

For commercial drone camerawork inside the United States, industry sources state that usage relies on the de facto consent – or benign neglect – of local law enforcement. Use of UAVs for filmmaking is generally easier on large private lots or in rural and exurban areas with fewer space constraints. In localities such as Los Angeles and New York, authorities have actively interceded to shut down drone filmmaking over safety or terrorism concerns.[129][130][131]

In June 2014, the FAA acknowledged that it had received a petition from the Motion Picture Association of America seeking approval for the use of drones for aerial photography. Seven companies behind the petition argued that low-cost drones could be used for shots that would otherwise require a helicopter or a manned aircraft, saving money and reducing risk for pilot and crew.[citation needed] Drones are already used by media in other parts of the world.

Drones were used in the 2014 Winter Olympics in Sochi. UAVs allow the camera to get closer to the athletes and they are more flexible than cable-suspended camera systems.[132]

Journalists are interested in using drones for newsgathering. The College of Journalism and Mass Communications at University of Nebraska-Lincoln established the Drone Journalism Lab.[133] University of Missouri created the Missouri Drone Journalism Program.[134] The Professional Society of Drone Journalists was established in 2011.[135] Drones have covered disasters such as typhoons.[136] A coalition of 11 news organizations is working with the Mid-Atlantic Aviation Partnership at Virginia Tech on how reporters could use unmanned aircraft to gather news.[137]

Main article: Use of UAVs in law enforcement

In 2014, it was reported that five English police forces had obtained or operated UAVs for observation.[148] Merseyside police caught a car thief with a UAV in 2010, but the UAV was lost during a subsequent training exercise[149] and the police stated the UAV would not be Industrial drone due to operational limitations and the cost of staff training.[149]

A UAV in Goma as part ofMONUSCO peacekeeping mission

In August 2013, the Italian defence company Selex ES provided an unarmed surveillance drone to the Democratic Republic of Congo to monitor movements of armed groups in the region and to protect the civilian population more effectively.[150]

UAVs were used in search and rescue after hurricanes struck Louisiana and Texas in 2008. Predators, operating between 18,000 and 29,000 feet, performed search and rescue and damage assessment. Payloads were an optical sensor and a synthetic aperture radar. The latter can penetrate clouds, rain or fog and in daytime or nighttime conditions, all in real time. Photos taken before and after the storm are compared and a computer highlights damage areas.[151][152] Micro UAVs, such as the Aeryon Scout, have been used to perform search and rescue activities on a smaller scale, such as the search for missing persons.[153]

UAVs are especially useful in accessing areas that are too Industrial drone for manned aircraft. The U.S. National Oceanic and Atmospheric Administration began using the Aerosonde unmanned aircraft system in 2006 as a hurricane hunter. The 35-pound system can fly into a hurricane and communicate near-real-time data directly to the National Hurricane Center. Beyond the standard barometric pressure and temperature data typically culled from manned hurricane hunters, the Aerosonde system provides measurements from closer to the water’s surface than before. NASA later began using the Northrop Grumman RQ-4 Global Hawk for hurricane measurements.

In 2011, Lian Pin Koh and Serge Wich conceived the idea of using UAVs for conservation-related applications, before coining the term ‘Conservation Drone’ in 2012.[156]

In June 2012, World Wide Fund for Nature (WWF) announced it would begin using UAVs in Nepal to aid conservation efforts following a successful Industrial drone of two aircraft in Chitwan National Park. The global wildlife organization planned to train ten personnel to use the UAVs, with operational use beginning in the fall.[158][159] In August 2012, UAVs were used by members of the Sea Shepherd Conservation Societyin Namibia to Industrial drone the annual seal cull.[160] In December 2013, the Falcon UAV was selected by the Namibian Government and WWF to help combat rhinocerous poaching.[161] The drones will operate in Etosha National Park and will use implanted RFID tags.[162]

In 2012, the WWFund supplied two FPV Raptor 1.6 UAVs[163] to Nepal National Parks. These UAVs were used to monitor rhinos, tigers and elephants and deter poachers.[164] The UAVs were equipped with time-lapse cameras and could fly for 18 miles at 650 feet.[165]

In December 2012, Kruger National Park started using a Seeker II UAV against rhino poachers. The UAV was loaned to the South African National Parks authority by its manufacturer, Denel Dynamics of South Africa.[166][167]

Anti-whaling activists used an Osprey UAV (made by Kansas-based Hangar 18) in 2012 to monitor Japanese whaling ships in the Antarctic.[168]

In 2012, the Ulster Society for the Prevention of Cruelty to Animals used a quadcopter UAV to deter badger baiters in Northern Ireland.[169] In March 2013, the British League Against Cruel Sports announced that they had carried out trial flights with UAVs and planned to use a fixed-wing OpenRanger and an “octocopter” to gather evidence to make private prosecutions against illegal hunting of foxes and other animals.[166] The UAVs were supplied by ShadowView. A spokesman for Privacy International said that “licensing and permission for drones is only on the basis of health and safety, without considering whether privacy rights are violated.”[166] CAA rules prohibit flying a UAV within 50 m of a person or vehicle.[166][170]

In Pennsylvania, Showing Animals Respect and Kindness used drones to monitor people shooting at pigeons for sport.[171] One of their drones was shot down by hunters.[172]

In March 2013, UAV conservation nonprofit ShadowView, founded by former members of Sea Shepherd Conservation Society, worked with antihunting charity the League Against Cruel Sports to expose illegal fox hunting in the UK.[173] Hunt supporters have argued that using UAVs to film hunting is an invasion of privacy.[174]

In 2014, Will Potter proposed using drones to monitor conditions on factory farms. The idea is to circumvent ag-gag prohibitions by keeping the drones on public property, but equipping them with cameras sensitive enough to monitor distant activities.[175] Potter raised nearly $23,000 in 2 days for this project on Kickstarter.[175]

UAVs can be used to perform geophysical surveys, in particular geomagnetic surveys[177] where measurements of the Earth’s varying magnetic field strength are used to calculate the nature of the underlying magnetic rock structure. A knowledge of the underlying rock structure helps to predict the location of mineral deposits. Oil and gas production entails the monitoring of the integrity of oil and gas pipelines and related installations. For above-ground pipelines, this monitoring activity can be performed using digital cameras mounted on UAVs.[178]

In 2012, Cavim, the state-run arms manufacturer of Venezuela, claimed to be producing its own UAV as part of a system to survey and monitor pipelines, dams and other rural infrastructure.[179][180]

Drones can help in disaster relief by providing intelligence across an affected area.[181]

T-Hawk[182] and Global Hawk[183] drones were used to gather information about the damaged Fukushima Number 1 nuclear plant and disaster-stricken areas of the Tōhoku region after the March 2011 tsunami.

In Peru, archaeologists used drones to speed up survey work and protect sites from squatters, builders and miners. Small drones helped researchers produce three-dimensional models of Peruvian sites instead of the usual flat maps – and in days and weeks instead of months and years.[184]

Drones have replaced expensive and clumsy small planes, kites and helium balloons. Drones costing as little as £650 have proven useful. In 2013, drones flew over Peruvian archaeological sites, including the colonial Andean town Machu Llacta4,000 m (13,000 ft) above sea level. The Industrial drone had altitude problems in the Andes, leading to plans to make a drone blimp.[184]

In Jordan, drones were used to discover evidence of looted archaeological sites.[185]

In September 2014, drones were used for 3D mapping of the above-ground ruins of Aphrodisias and the Gallo-Roman remains in Switzerland.[186][187]

The RQ-7 Shadow can deliver a “Quick-MEDS” canister to front-line troops.

UAVs can transport medicines and medical specimens into and out of inaccessible regions.[110] In 2013, in a research project of DHL, a small quantity of medicine was delivered via a UAV.[188][189]

Initial attempts at commercial use of UAVs, such as the Tacocopter company for food delivery, were blocked by FAA regulation.[190] A 2013 announcement that Amazon was planning deliveries using UAVs was met with skepticism.[191]

In 2014, the prime minister of the United Arab Emirates announced that the UAE planned to launch a fleet of UAVs[192] to deliver official documents and supply emergency services at accidents.[193]

Google revealed in 2014 it had been testing UAVs for two years. The Google X program aims to produce drones that can deliver items.[194]

July 16, 2015, A NASA Langley fixed-wing Cirrus SR22 aircraft, flown remotely from the ground, operated by NASA’s Langley Research Center in Hampton and a hexacopter drone delivered pharmaceuticals and other medical supplies to an outdoor free clinic at the Wise County Fairgrounds, Virginia. The aircraft picked up 10 pounds of pharmaceuticals and supplies from an airport in Tazewell County in southwest Virginia and delivered the medicine to the Lonesome Pine Airport in Wise County. The aircraft had a pilot on board for safety. The supplies went to a crew, which separated the supplies into 24 smaller packages to be delivered by small, unmanned drone to the free clinic, during multiple flights over two hours. A company pilot controlled the hexacopter, which lowered the pharmaceuticals to the ground by tether. Health care workers distributed the medications to appropriate patients.[195]

A Yamaha R-MAX, a UAV that has been used for aerial application in Japan

Japanese farmers have been using Yamaha‘s R-50 and RMAX unmanned helicopters to dust their crops since 1987.[197][198] Some farming initiatives in the U.S. use UAVs for crop spraying, as they are often cheaper than a full-sized helicopter.

UAV are also now becoming an invaluable tool by farmers in other aspect of farming, such as monitoring livestock, crops and water levels. NDVI images, generated with a near-IR sensor, can provide detailed information on crop health, improving yield and reducing input cost. Industrial drone UAV have also been used to create 3D images of the landscape to plan for future expansions and upgrading.[199]